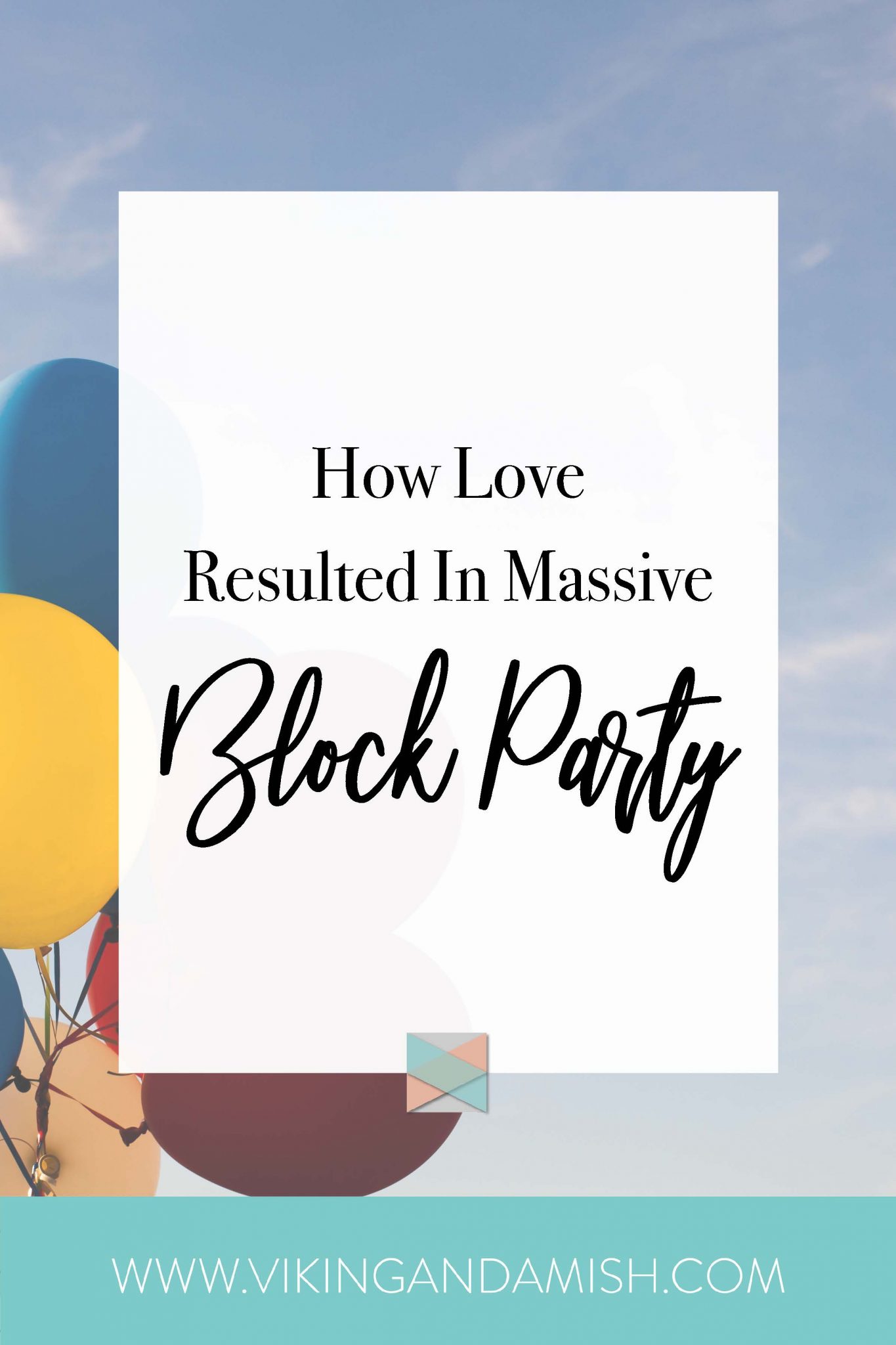 A little while back I got to be part of something incredible; something I could only have dreamed of pulling off. At the time was living in an affordable housing project, volunteering as a missionary. My neighbors were pacific islanders, and they happened to have a giant rescue dog. When I would come home in the evenings, they would sit outside on the doorstep and play with the dog. They would ALWAYS say “Bula” to me, which means Hi! I mentioned to my roommate how cute I thought it was, yet she said they were reserved towards her. Why didn’t they seem reserved towards me?

So, I am admittedly racially ambiguous. Though from Denmark, the Vikings in the North, my father is from Nicaragua. No one has EVER been able to guess my heritage. I realized that our neighbors presumably thought I was a Pacific Islander too, which is why they weren’t shy around me.

It honestly made me a little sad, and it got me thinking if something could be done about it. I knew if they just got to know my roommate they would realize that she is awesome, kind, loving, and funny. I decided that I was going to create an opportunity for them to talk to her. Yet, when I looked around in the neighborhood I realized that the atmosphere of reluctance to engage was much thicker than I thought.

Love on the neighborhood

I got a brilliant idea and chose to share it with my Tribe. My Tribe is an international community of Christians whose purpose is to inspire and equip the Church to join God’s mission around them. My community gladly jumped on board with my idea: hosting a block party for our neighborhood.

In preparing for the block party I did a lot of research. One of the things I ended up reading about was regarding the migration of many Pacific Islanders to the Hawaiian Islands. Many of the Islanders were from Micronesia.

Give Micronesians a break

The back story concerning many Micronesians living in the Hawaiian Islands today is sad. Nuclear pollution has forced many families to leave their homes. Back in the 1980’s The United States tested 67 nuclear weapons in the ocean near the Marshall Islands. Today many of these islands are uninhabitable. The nuclear pollution is causing dangerous side effects.

One of the consequences to this is food items grown or caught in the area potentially poisonous. This has caused many of the Micronesians to leave their homes and move to the United States. Most of those who have left decided to relocate to Hawaii.

Today, we see that some of them who left the polluted area now battle health issues. Diabetes and cancer are most common and in this case, all linked to nuclear exposure. The Micronesians in our neighborhood have battled a lot of adversity. Living in the United States has not been easy for many of them. The cultures are very different. Many Micronesian children report being bullied in school and not feeling accepted.

Realizing that their apprehension towards my roommate rooted in rejection it made the day even more special. It was our privilege to host a party for our neighbors. We wanted to show our neighbors that we love them, care for them, and want to build friendships.

Spreading aloha and bringing people together

Before I begin bragging about how great the day was I want to share what the local newspaper wrote about the day:

Saturday was Ohana Fun Day at the Kama’aina Hale apartment complex in Kona for hundreds of local families and singles. A collective group of friends called The Tribe, consisting of families and singles from the neighboring community, approached the complex management team and got the thumbs up to host the event.

“We wanted to provide our neighbors with an afternoon of music, a shared meal, and fun. Spreading aloha and bringing the community together was our aim. And we wanted to pass on the idea that you can do random acts of kindness for your neighbors,” said Teresa Blay, who helped manage the event.

Residents of Kama’aina Hale enjoyed an afternoon of free catering and activities like horseshoe throwing, face painting, a donut-eating contest, and free nail painting services. The group also rented a bouncy house from a local vendor, Fun to Jump Kona, which was one the main attractions.

Finally got to meet and create good relations with our neighbors. It was a good feeling having our community bond and get to know one another. We definitely think these kinds of events should be done again. It was very effective —now we communicate with our neighbors instead of just driving by like strangers.

The event was paid for through an online fundraiser and by selling refreshments. People from all over the world contributed financially to make the party happen. The Tribe also cooked alongside Chefs In Christ who donated their time in preparation for the party.

Donations were also made by the local window washing company, Pane in the Glass, while local business Sun Run Solar donated tents and a generator for the afternoon’s festivities.

The neighborhood loved it

The block party began as a small idea. Provoked by the misplaced reservation I desired to do something about it. The day was such a success. The atmosphere was changed. In my Tribe, we even began talking about how we could help others replicate the concept. People from the outside thought it was a success as well, and decided to make the event a reacquiring thing. The neighborhood now continues to celebrate themselves with block parties. I got married shortly after and ended up moving out of the neighborhood, but I am so thrilled that what started as an idea has grown into a yearly party.

People have since asked how we pulled it off. I am currently working on the Ultimate Guide to Hosting a Block Party. I’d love to share tips, ideas, vision and the hidden challenges with anyone who wants to make a difference in their neighborhood. If you want to get the Ultimate Guide when it comes out, sign up for our email list. Anyone can bless their neighborhood and those who live there. It’s a great way to get to know people and to show them some love.

Thanks for reading. We appreciate all our readers and their thoughts, so drop a comment at the bottom—even if it’s just to say hi.

A few pictures of the Aloha Fun Day 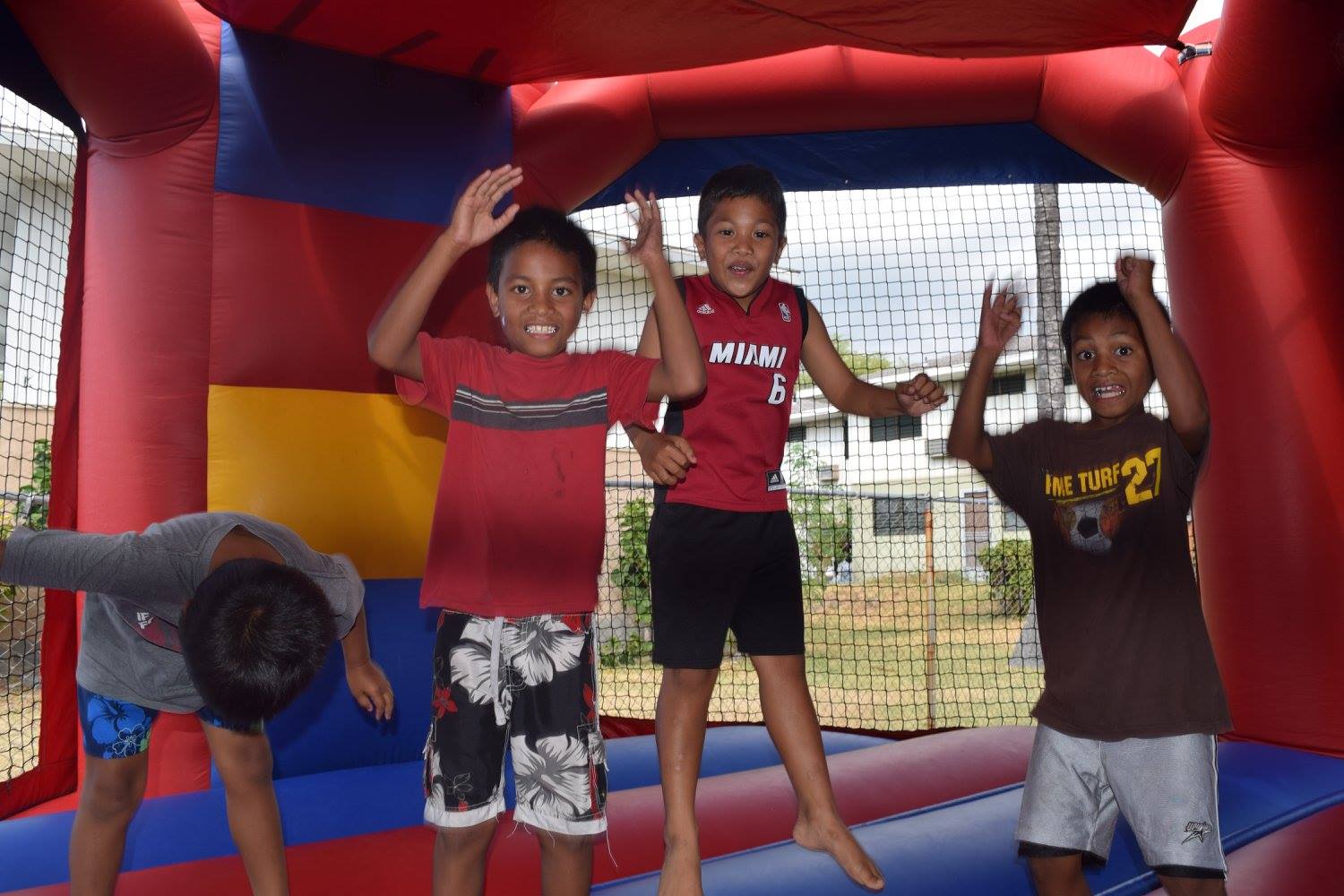 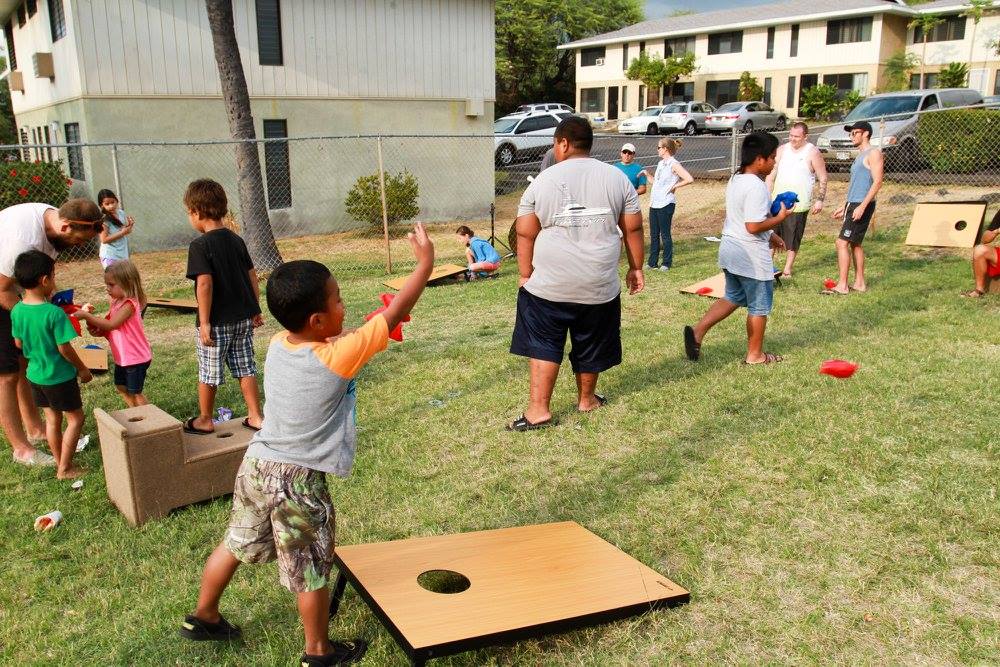 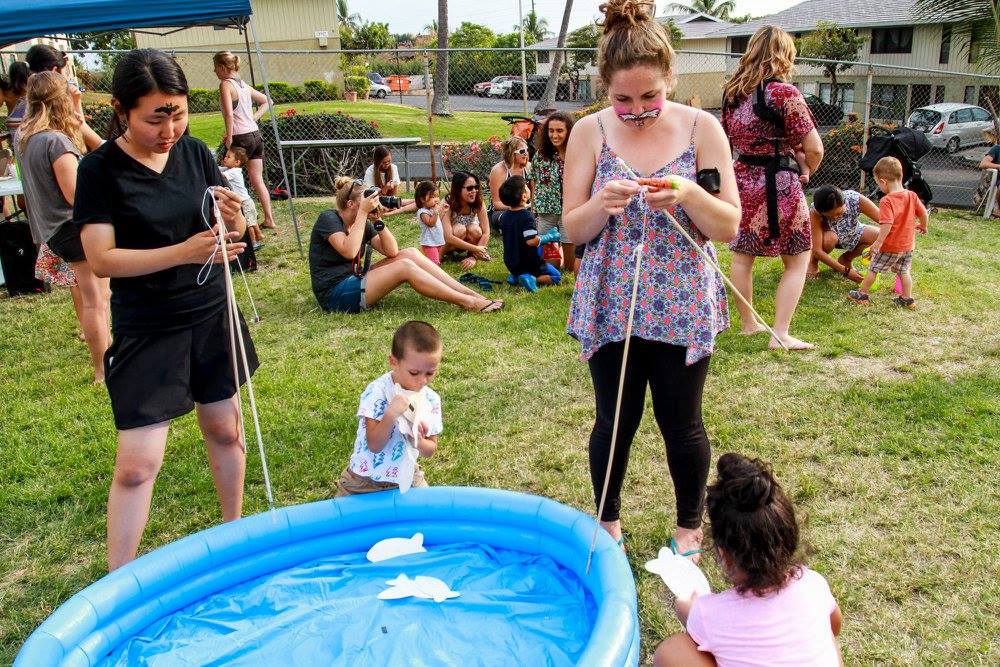 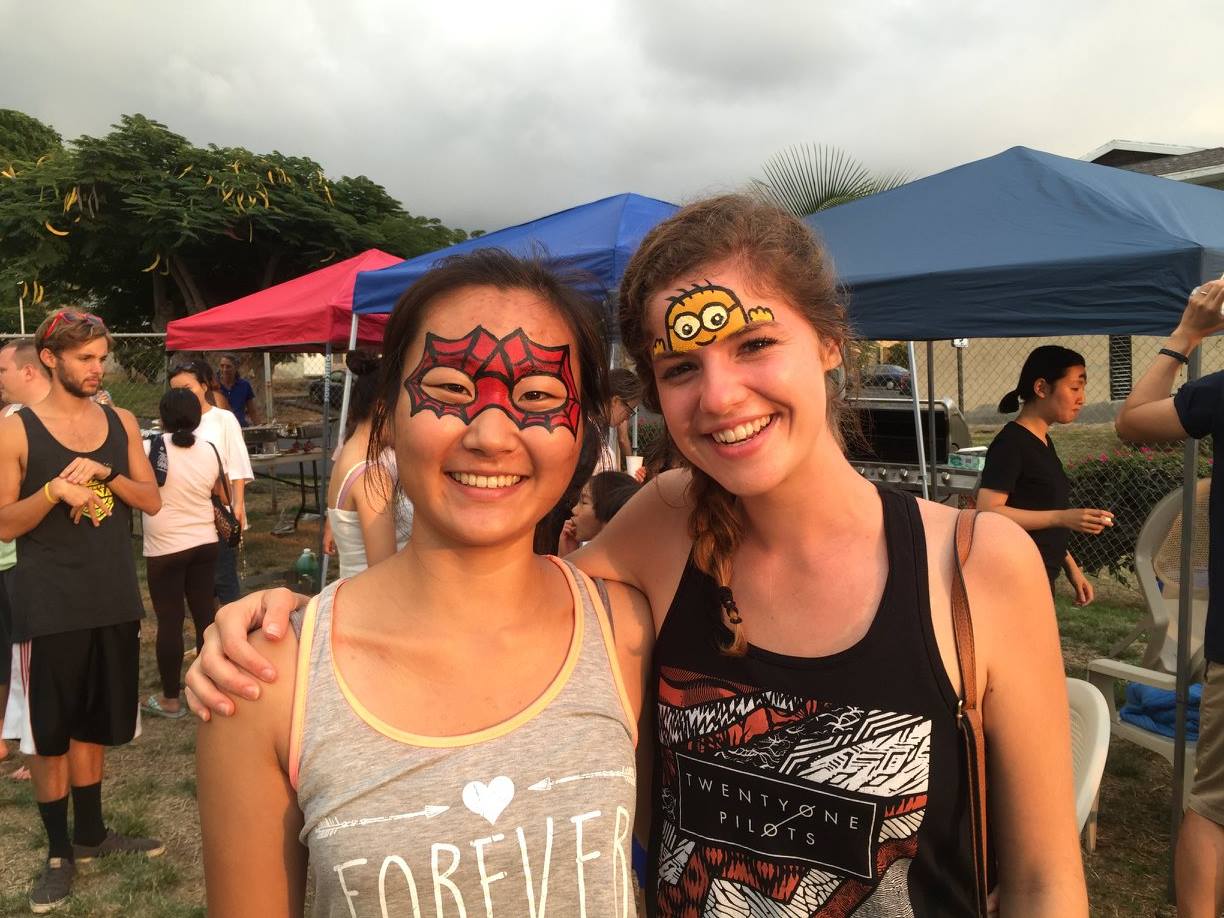