What Matthew Taught Me About Grace

In this last year I’ve been studying the Gospel of Matthew and what the book teaches about the Kingdom of God. It’s a book I have read many times now, and I have been moved by some of my newer discoveries.

Hidden to those who weren’t looking

One of the things I’ve noticed is that people seemed to have a hard time perceiving the Kingdom of God. This Kingdom seemed so insignificant to some, to the point of being hidden to those who weren’t looking for it. Jesus even made references to a yeast that spreads throughout bread or tiny mustard seeds that become big bush to describe the Kingdom.

The Pharisees certainly didn’t get the point of the Kingdom. They got offended when Jesus explained it is not what entered the mouth (food) that made it unclean, rather what exited the mouth (words).
Their rules and the Law according to them, was in the forefront of their minds. They didn’t recognize that God’s Kingdom teaches character and identity, not religious to-do lists.

Jesus wasn’t pointing out anything new about God’s Kingdom. God has always been more interested in our hearts rather than religious acts. An example from the Old Testament, that shows us that this has always been God’s message is in Isaiah 1:

14 I hate your new moon celebrations and your annual festivals.
They are a burden to me. I cannot stand them!
15 When you lift up your hands in prayer, I will not look.
Though you offer many prayers, I will not listen,
for your hands are covered with the blood of innocent victims.

That seems so harsh, but God told his people what he desired:

17 Learn to do good.
Seek justice.
Help the oppressed.
Defend the cause of orphans.
Fight for the rights of widows.

Jesus makes multiple references to the Old Testament prophets who spoke the same message. He especially did it when the religious leaders are having a problem with who Jesus hung out with. Confronted with eating with tax collectors, prostitutes, and sinners, Jesus replied: “Go and learn what this means: ‘I desire mercy, not sacrifice.’” – (Matthew 9:12). Jesus preferred to spend time with people who needed his grace, than with people who thought they deserved it.

As a sinful human being, this challenges me. I recognized that I struggle; not with resembling a prodigal son, rather with being a self-righteous sibling. It seems so easy to look at another person’s life find things they should change or areas of sin. When I stop and think about it, how often is my first response to have grace?

The Gospel of Matthew shows that the message of the Kingdom of God is to invite his followers to extend grace. By inviting us to have grace He also teaches the key to His Kingdom. He has grace for us, yet He also gives us the responsibility of having grace with His people. This is what it means to be part of extending and expanding His Kingdom: extending grace. This includes expending grace to the people that don’t even know Him yet.

Related posts:
7 Ways To Stay Spiritually Active In The Offseason
12 Easy Tips On How To Read More Books
3 Concepts That Make You Better At Relationships

The Point of the Gospel

To summarize: the Pharisees and even some of Jesus’ followers missed the point of the Gospel. They were too busy proving themselves righteous. Yet, the Gospel message is that we are made righteous through Christ. It is because of His grace, not by our own works. We are invited to expand the Kingdom of God by having grace with those around us, not by keeping track of their religious acts. The point I’m trying to make is not that we should abuse grace and not try to have any righteous standards. No, rather that we should let the grace that we receive transform us in a way that allows us to transform our communities around us.

What are some of the observations you have had when reading the Gospel of Matthew?

How To Get The Most Out Of Seasons In Life

This post contains affiliate links to products and services we personally recommend. It helps us keep my blog up and running. Read the disclosure policy for more details. I often hear people talk about being in a “season” in their life. A season is a time...

END_OF_DOCUMENT_TOKEN_TO_BE_REPLACED

My 5 Rules For The Ambitious Go-Getter

You are ambitious and have the aspiration to reach your dreams? To reach your dreams, you'll have to live by a higher set of rules. These rules are meant to keep us in the game and to sharpen us when we plateau. These are not rules I do myself perfectly yet. Sometimes...

END_OF_DOCUMENT_TOKEN_TO_BE_REPLACED 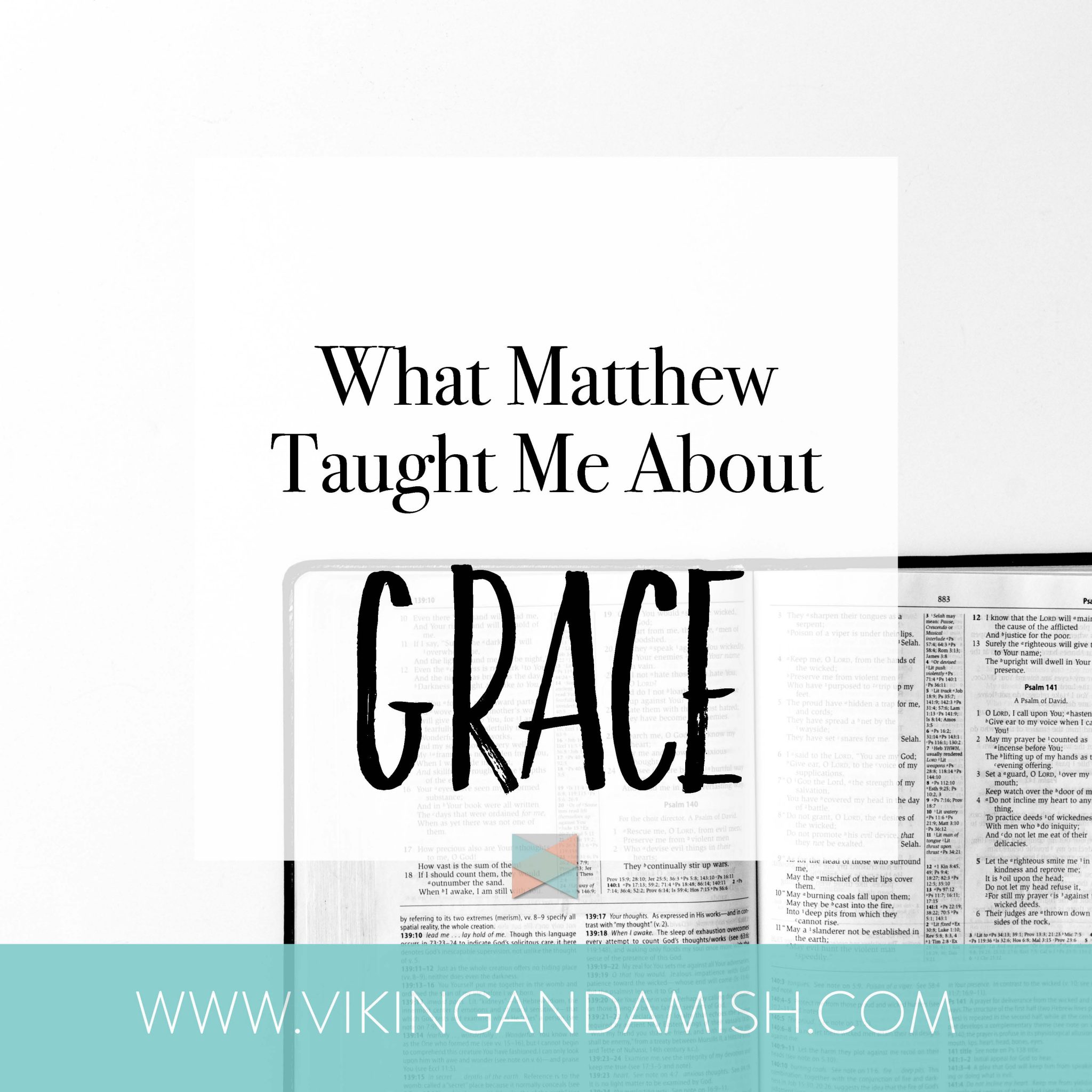